Giving fatigue is something we are all a bit too aware of. While street fundraisers are effective, the public aren’t always in favour of being approached on their way to work. And too often giving to a friends personal fundraiser to run the marathon can be more about supporting them with a fiver than having a relationship with the actual cause. What if you could offer a fun and competitive way for your donors to give and give them something back in return?

Have a celebrity ambassador? Donated items? Event lots that didn’t hit their reserve? These are all common ways that charities can use the opportunities that are already at their disposal to fundraise 365 days a year! 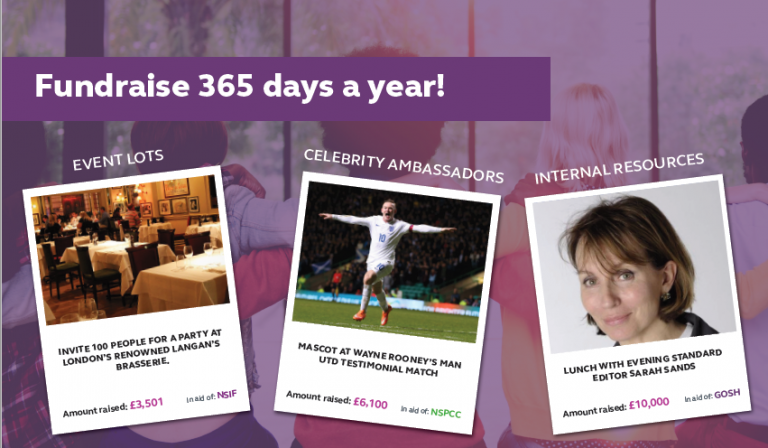 The power of this online fundraising method lies in the collective influence of online communities. When you combine your own charity database, coupled with Givergy’s audience of 56K monthly active users and an email database of 26K, you start to see the potential that this will raise you a significant amount. 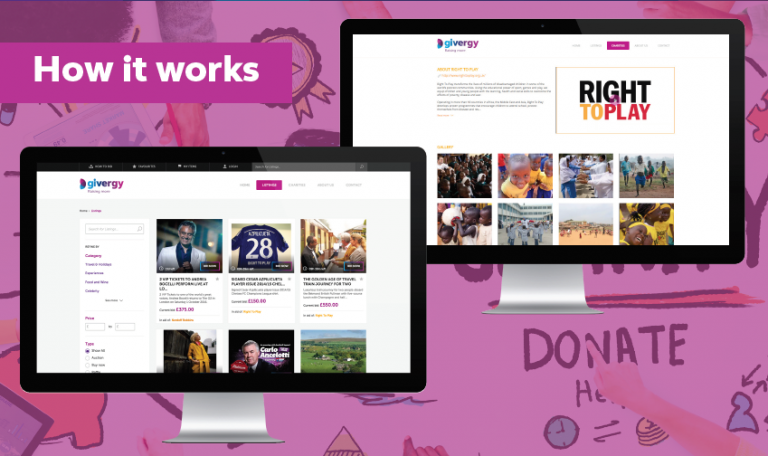 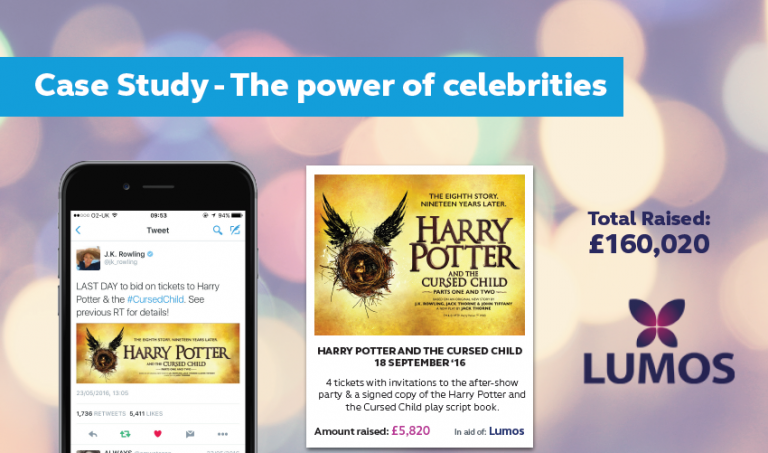 For those with celebrity ambassadors and influential advocates who are willing to support, this can define your campaign. Lumos, JK Rowling’s charity auctioned off an exclusive gala performance to the sold-out Harry Potter and Cursed Child play in London. Without JK’s support in tweeting and promoting on the official Pottermore website, they likely may not have reached the astounding 160K for the campaign. JK standing behind the fundraiser authenticated it during a time of high demand for the tickets. The highest raised for one set of tickets for four was close to 6k! 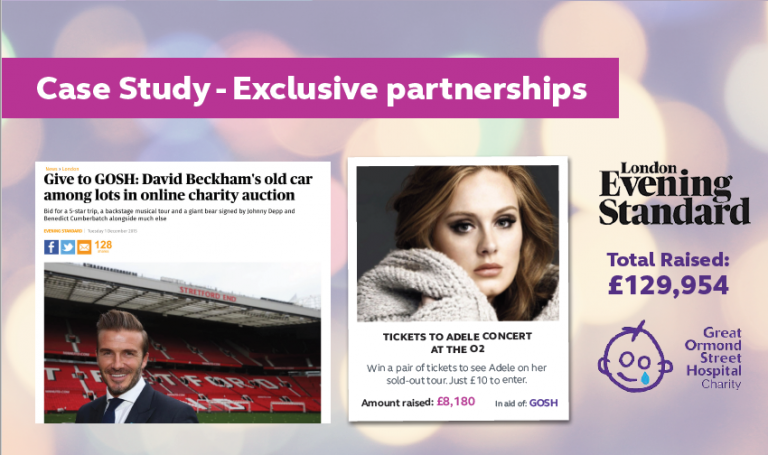 When possible, consider exclusive media partnerships. Last December, the Evening Standard in conjunction with GOSH, ran a series of 4 auctions on Givergy, with everything from David Beckham’s first car to tickets to Adele’s sold-out concert. The tickets alone raised over 8K in less than 48 hours. 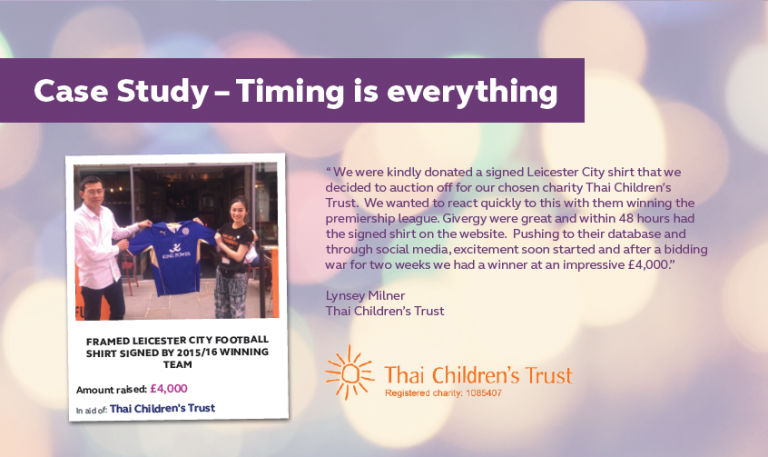 When Thai Children’s Trust were donated a signed Leicester City shirt after they won the premiership they anticipated a few hundred pounds based on their experience on eBay. In conjunction with our PR team we distributed a press release about the auction to local media and after a bidding war between a few individuals the shirt went for 4K!