Fundraise While Challenging Your Personal Best

Personal fundraising is not only a great way to raise more for charities, but it gives you the opportunity and motivation to take on a challenge and experience something new! ‘Nearly 1/3 of all online donations are now a result of peer-to-peer fundraising‘ according to the Donor Engagement Study, 2015.

Givergy’s Head of UK Sales, John Roberts, took on the mammoth task of trekking to the summit of Stok Kangri (India), a 6,200m snow covered peak which towers over the surrounding landscape, in aid of The British Heart Foundation.

The British Heart Foundation have worked with Givergy since 2013 to raise more for their admirable cause through cutting edge technology. We were delighted to learn that John had raised a staggering 4,500 through his endeavour. The journey up Stok Kangri inevitably came with numerous challenges, revelations and astonishments, here is his detailed account.

“The problem at high altitude is oxygen. Or, more specifically, the lack of it. At 3,500m, for example, a cubic foot of air contains just 75% of the oxygen that it does at sea level, which means the body has to work extremely hard to get what it needs to function. Lie flat on a bed and you’ll barely notice anything, save some slightly deeper breathing than usual. However, as soon as you attempt any physical exertion, whether its walking up a few steps or carrying your bag from the taxi to the hotel lobby, its a very different story. Almost immediately, you’ll feel extremely breathless, as if you’ve just run a 100m sprint, uphill. The natural response to this is hyperventilation; short, rapid breaths as your body tries to extract as much oxygen as possible from the meagre supply in the air to meet the demand. Invariably, this is impossible; the resulting deficit leading to headaches, nausea, loss of appetite and dizziness collectively known as Altitude Sickness, or, in extreme and life-threatening cases, Acute Mountain Sickness.

With the above in mind, some serious questions were being asked by both Richard and myself as we touched down in Leh, the small Himalayan town in Kashmir, India, which would serve as our starting-point for the two-week challenge ahead of us. Richard (a friend from university) and myself had signed up for a trek to the summit of Stok Kangri, a 6,200m snow-covered peak which towers over the surrounding landscape, in aid of The British Heart Foundation, who’s incredible work had been highlighted to us a year earlier when a close friend of ours had successfully undergone open heart surgery following the discovery of a congenital heart defect.

Now, to give 6,200m some context, Ben Nevis, the UKs highest peak, is 1,300m. Everest Base Camp in Nepal is 5,350m and Kilimanjaro, Africa’s highest point, is 5,850m. In short, we were aiming to go seriously high and neither of us had any idea how badly wed be affected by altitude sickness. 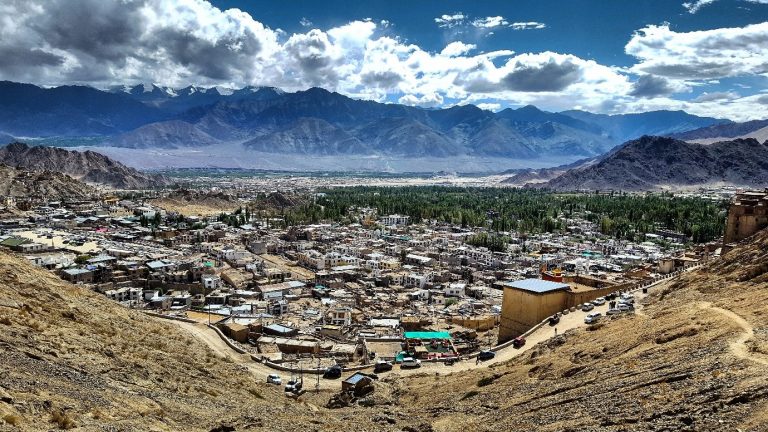 After a few days in Leh allowing our bodies to get used to altitude, we began the ten-day trek; the final day of which, all being well, would be the day we would attempt the final climb to the summit.

With our backpacks strapped on and a team of 15 ponies at the ready, laden with our provisions and climbing equipment for the next ten days, we began the ascent. The first couple of days saw gradual increases in altitude, from 3,500m to 3,900m, to 4,500m, then back down to 3,700m. The key to acclimatising effectively is to climb high during the day so that the body gets used to the lack of oxygen and begins producing more red blood cells in response, and then partially descend and sleep low so that the headaches and nausea aren’t too severe. Its a kind of three steps up, one step down, thing.

As a group, we coped relatively well with the altitude, seeing only a couple of bouts of dizziness and nausea. The biggest challenge initially was drinking enough water, which is essential in allowing the body to acclimatise efficiently. This may sound fairly simple, but drinking five litres of water per day, let alone carrying it on your back, is easier said than done!

There was, however, one ever-present antidote to the pain of trekking eight hours a day. The Himalaya, I feel its safe to say, offer some of, if not the most breath-taking scenery our planet has to offer. Serrated ridges, jagged peaks, tumbling passes and towering rock formations which stretch on, and on, and on provided the backdrop to our journey. Overall, we would cover 25 miles of a mountain range which stretches some 2,500 miles from Pakistan in the west to China in the East; one of Earths last true wildernesses. 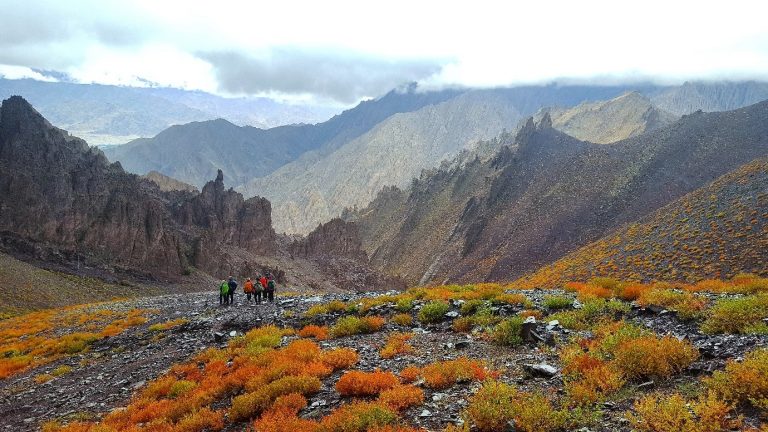 By the end of the eighth day, our weary party arrived in Base Camp – the point from which wed attempt to reach the summit. That final climb would take up to fifteen hours ten up to the summit and five back down. Whilst the previous ten days had, essentially, been no more than some fairly gruelling trekking, the final portion of the slog to the summit would require some actual climbing. Yes that’s right crampons, ice axes, harnesses; the works. Richard and Is experience in using such equipment was precisely zero, and so we paid utmost attention to the refresher session which our two climbing guides ran on the final night, trying our best to make it appear that any of what they were showing us was at all familiar. In hindsight, ladies and gentlemen, this approach to mountaineering, however light, is one I would not recommend.

At 12.15am on the morning of the climb, we were woken by our guides in preparation for the 1am start. The first five hours or so would be spent walking in darkness, guided by head torches, until we reached the final ridge to the summit at day-break. Wed been warned in advance that progress would be both slow and painstaking, with the high-altitude slog (a strange kind of step, pause, step, pause gait intended to limit breathlessness) the order of the day. By around 5.45am, the first group comprising Richard, myself and three others (who’s all done either Kilimanjaro, Everest Basecamp, or both as a warm up (!) arrived at the ridge and roped up ready for the final push. Crampons in place, we edged towards the summit, step-by-step, focussing on the path ahead and not the sheer drops either side. Finally, almost ten hours after we set off, we reached the summit. Id love to say we jumped around in excitement, however that would be a lie. Instead, we unclipped our ropes, took off our helmets and collapsed in a heap in the snow.

We experienced numerous highs and lows (literally and figuratively) throughout our journey. However, raising money for a cause I was personally touched by made the blood, sweat, tears and breath-taking views completely worth it.” 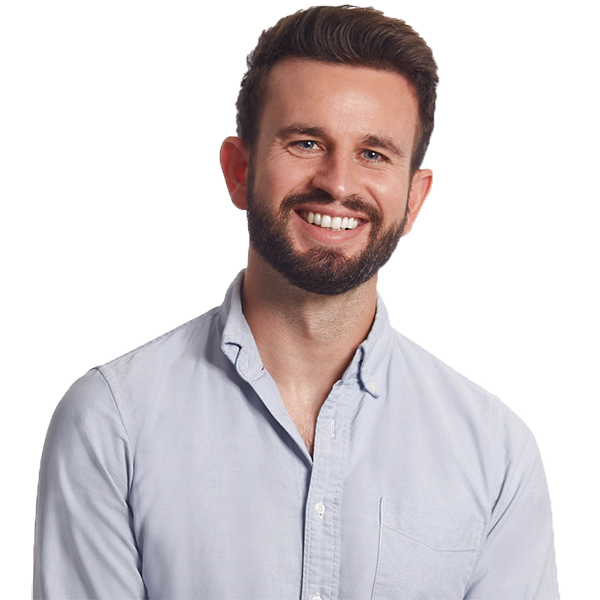