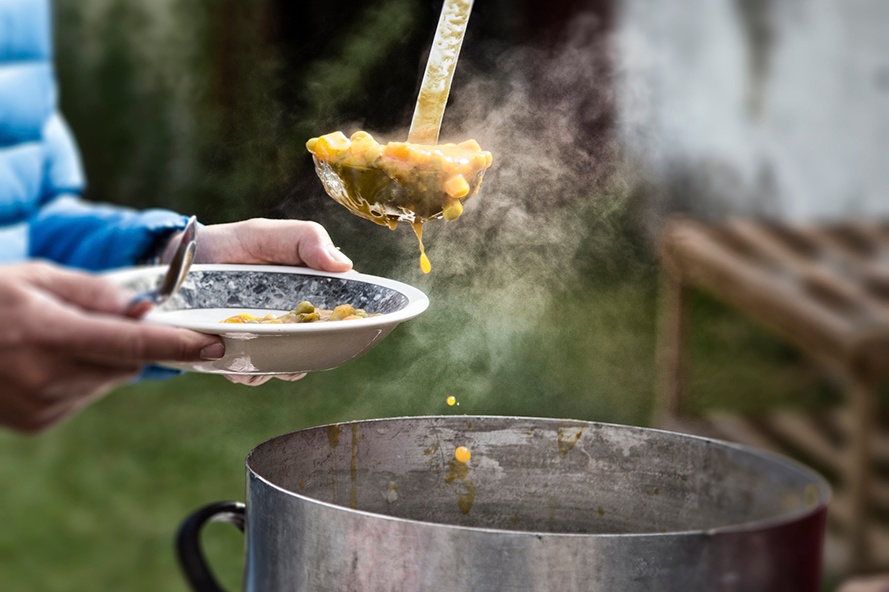 #GivingTuesday is the biggest day of giving worldwide, with companies and individuals raising funds or donating their time. Arriving in the UK in 2014, just 2 years later it broke the World Record for the most money raised online for charity in 24 hours! Its the UKs #1 Twitter trend, running in over 70 countries including the US, Canada, Russia, Germany, Australia and Brazil, with 1 in 10 people doing good stuff for great causes! Its a great way to encourage people to give to a support your charity, falling just after Black Friday and Cyber Monday when people are happily spending lots of money on gifts.

This year, Givergy decided to turn #GivingTuesday into #GivingFoodDay, to help raise awareness of food wastage. A staggering 1.3 billion tons of food is wasted every year, which is crazy when you have people going hungry or even dying of starvation. Bridging the gap between food wastage and hunger has never been so important.

Here are 4 reasons why this cause caught our attention, and how as a team we made a difference!

1. Just one quarter of all wasted food could feed the 795 million undernourished people around the world who suffer from hunger

We asked our offices in the UK, US, Canada, Hong Kong and Australia to bring in food donations, which will be taken to a shelter or local food bank, to help provide meals for those in need. 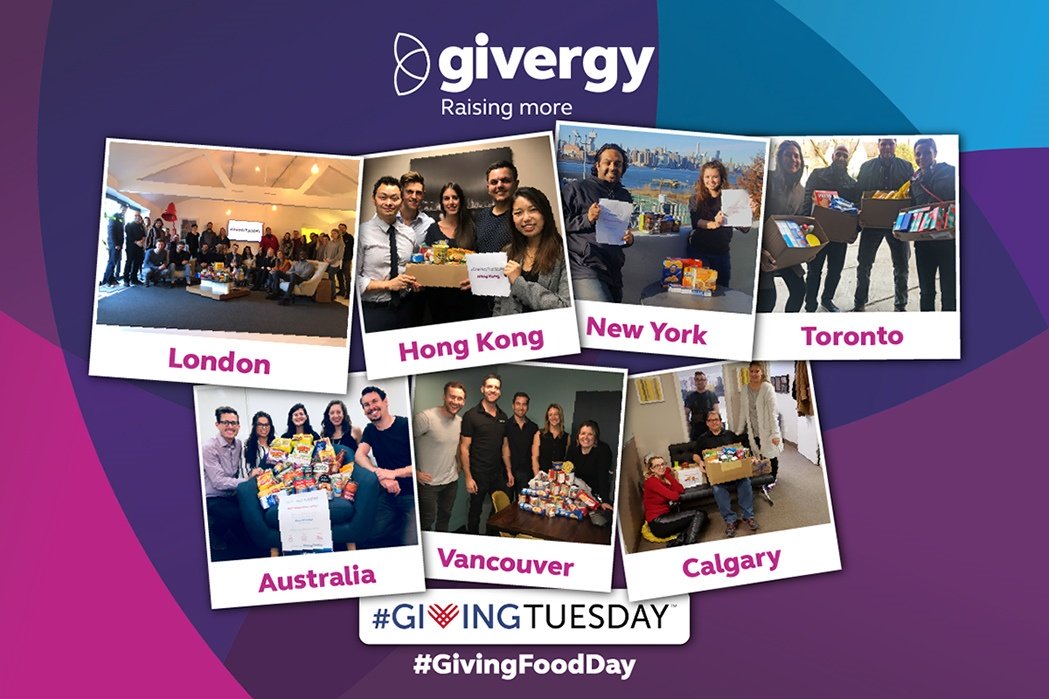 The Marketing Team spent a day volunteering with The Felix Project, who work with food suppliers and charities, to reduce food surplus and food poverty. The Felix Project collect food from supermarkets and wholesalers, that would have otherwise gone to waste. The food is fresh and nutritious, which is what those suffering from food poverty lack. They pick up fresh goods that would have been thrown away (over 10 tonnes per week) and distribute them to various charities and shelters across London for free! This feeds over 20,000 people who might have gone hungry.

3. If wasted food was a country, it would be the third largest producer of carbon dioxide in the world, after the United States and China

The team volunteered in the depot, where they unloaded fresh fruit and veg, organised them into various categories and loaded the vans ready for the produce to be distributed to those in need. Its hard work, lifting and carrying heavy goods and you feel astounded at how the volunteers, many over the age of 50, who are so quick and agile at lifting the heavy boxes. There are also volunteer drivers, who deliver the goods to various organisations across London.

4. A European or North American consumer wastes almost 100 kilograms of food annually, which is more than his or her weight (70 kilograms)

The volunteers have regular set slots, so they can build a rapport with the suppliers and keep the whole operation running smoothly. One volunteer said I feel like Santa Claus when I deliver the food to local schools. The kids run out to see what they have got, and you can see the joy in the eyes of the children whose parents wouldn’t be able to afford to give them a proper lunch. It honestly makes your day.

The Felix Project have been chosen as the Evening Standards beneficiary charity this year and a series of auctions will launch on Givergy.com from 29th November. For #GivingTuesday, Givergy donated 2 hotel stays to The Felix Project to help raise funds. The auction has incredible items, VIP experiences and holidays that you can bid on and is open to anyone worldwide!

If you’re a corporate who can donate food or you’d like to volunteer with The Felix Project, you can find out more information below.