With St. Patrick’s Day just around the corner, those who celebrate will be looking forward to spending the holiday celebrating all things Irish! If you’re looking for a unique way to fundraise this year then take a look at some of the campaigns that have captivated people over the years. With the luck of the Irish on your side, your campaign could go viral!

For years Dublin based brewers Guinness have been running amazing and memorable St. Patrick’s Day campaigns, becoming a staple association of the holiday. In 2017, Guinness ran a campaign on their US Twitter page to encourage their supporters to send them pictures of their moustache. Whether the moustache was made of hair or beer foam, Guinness made a $1 donation to a charity, as long as the post included their hashtag #StacheForCharity. 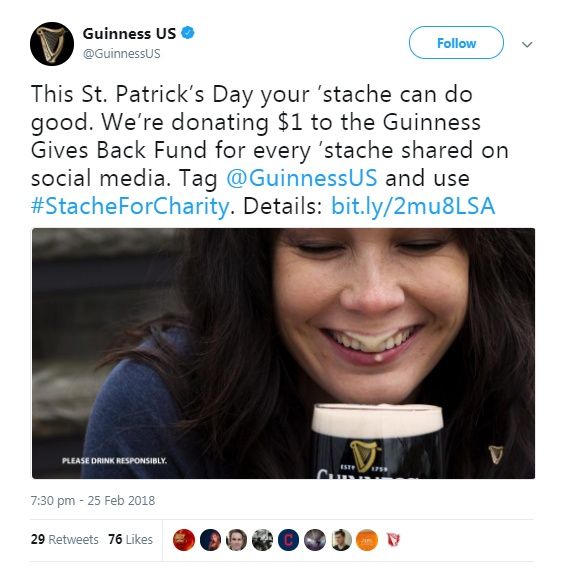 Guinness were able to gain great press from the campaign and raise awareness of their CSR initiative: Guinness Gives Back. The hashtag was used hundreds of times on social media, raising hundreds of dollars for charity and also featured in several marketing publications which applauded the campaign, further increasing its publicity. The campaign was such a success in 2017 that they are repeating it this year! In the end, all it took were a few social media posts to kick off the campaign and gain national coverage.

Tip: Make it super easy! The less effort and resources needed for people to take part, the better, and your campaign is more likely to go viral.

Muscular Dystrophy Association (MDA) have been selling shamrocks around St Patrick’s Day since 1982. A charity with a large presence online, they gained nearly 2 million social media impressions in 2017 alone. The charity also made a Facebook frame, which over 19,000 users popped on their profile picture, reaching over 3 million people. MDAs strong social media presence meant that by the end of their 2017 shamrock campaign, they had sold over 15 million shamrocks.

MDA has managed to establish their shamrocks as a traditional part of giving in the US. With the right promotion, your charity could become a staple of the holiday too. MDA is a huge charity with a big budget for national campaigns, and not all charities will have the same resources. However, social media promotion like the Facebook profile photo frame is an excellent way to encourage supporters to share your campaign for you, without breaking the bank on social media ad spend.

Tip: you can also set up a Facebook photo frame for your charity campaign.

How Irish are you?

Irish-based charity Concern take advantage of the days significance internationally to increase their development as a global charity. That’s why in 2013 they launched their own Facebook app asking supporters: How Irish are you? Players were given a series of scenarios and at the end received a rank for how Irish they were. The game also encouraged players to give, since donating to the charity at the end of the game improved your score. 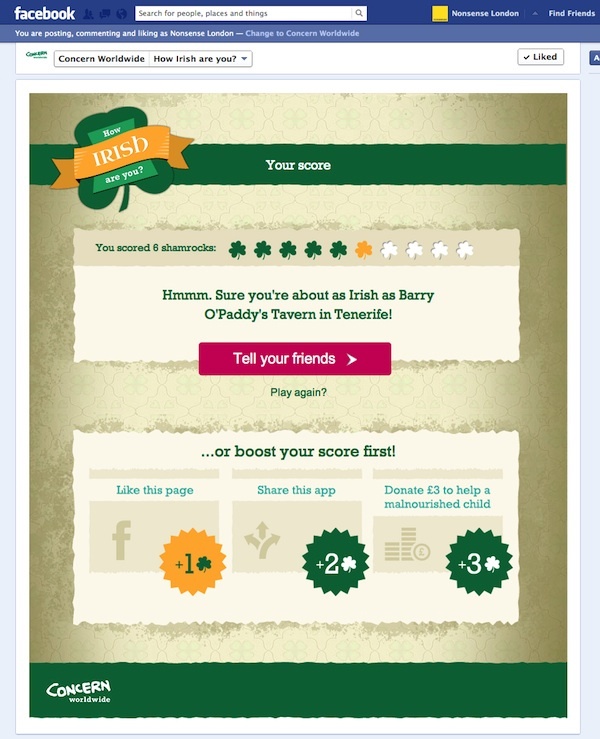 Tip: If you create content with the purpose of it being shared, make sure the donation is secondary, so not to dilute the message, just like Concern who asked users to donate came at the end of the quiz.

If your charity has donors or contacts in the holiday industry, they may be able to secure a trip to Dublin or Belfast for St Patrick’s Day which would make a fantastic prize for a fundraising event. Timely prizes like this are a fantastic way to raise money. Equally, if you have signed merch from a popular Irish celebrity, they could be auctioned around St Patrick’s Day. Voice Of Racing were able to get popular Irish jockeys AP McCoy and Barry Geraghty to sign a worn silk and raised 1,750 in their online auction! 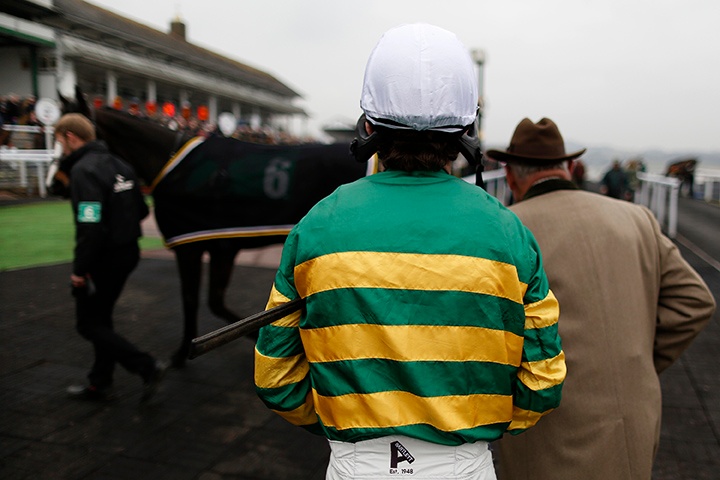 This year, make the most of St. Patrick’s Day by fundraising through alternative means. Doing something unique can increase awareness, and funds, with potentially very little spend.

Tip: If you’re looking for more inspiration, check out this blog on how social media has taken the world of fundraising by storm.