Posted by Chloe Colquitt on 5 January 2023

If you’ve ever been involved in fundraising before, you know it’s a challenge. Getting everyone together, putting in the hours, collecting donations, organizing sponsors. It can be a nightmare. However, one of the biggest challenges is coming up with an idea that everyone agrees on and is excited about. There’s nothing worse than planning an event with someone against the idea, they tend to drag their heels a bit. So get an idea that everyone is excited about. If you’re struggling for inspiration, here are some unique and quirky fundraising ideas you can put on the ideas board.

This one may be a little strange to start with and perhaps confusing. But for a lot of nonprofits, online ads are a great way to raise extra money with minimal effort. What’s more, some platforms will reduce the cost of hosting adverts due to the fact that it is for a non-profit. You’ll be amazed at how a simple ad can run in the background and slowly generate money. There isn’t much more to it. Set it up and watch donations trickle in.

People love to not only donate to their favorite causes, but they also love to show everyone else that they’re supportive of one. Whether it’s buying a keychain, car sticker, poster or yes, a t-shirt. If it’s to help out their favorite non-profit then it’s the perfect item to purchase. They may have already donated recently but by selling a t-shirt back to them can make you some extra profit. But that’s the key, making a profit. See if you can get the t-shirts made up relatively cheap, perhaps print them yourself at a local business, then sell them at all of your other non-profit events. Don’t forget to have an online shop that supporters can purchase from too.

Grab a team of people and start dialing! But let’s put a spin on it too. Your team of people can call local and national businesses asking them to donate to your non-profit but why not have a few people write emails and contact some on social media too? There are so many ways to get in touch with businesses these days, not just by calling them on the phone. So make sure you make the most of it. As for the length of time in your phone a thon? We suggest either 24 hours or 26 hours. That way in the 24-hour slot, you have the opportunity to contact every company no matter what time zone they’re in – that’s right, think beyond the 9-5 in your state!

If you’re fundraising for a new building or outhouse or something to do with construction, this is the perfect fundraiser. Get people to buy a brick or anything else that’s to do with the construction of the building. Perhaps someone wants to buy a window, a sink, some insulation, or even a roof. There are plenty of ways to grow this in order to maximize the number of funds donated. But if you’re part of a community that wants to help but struggles financially, buying a single brick can help get everyone involved.

We absolutely love this one and you’ll be amazed at how competitive people can get. We suggest hosting this type of fundraiser as part of a bigger event that requires a donation to enter – perhaps at half-time at the local school football game or during intermission of a talent show. Let people know before the event starts so they have plenty of time to craft their plane using paper. You could hand them a piece of paper upon entering the event or leave them on seats for people to find. You might even print the information on the piece of paper, so it has a purpose too. Just don’t forget to collect the paper afterwards otherwise you may end up with a severe little problem on your hands.

This is another perfect idea to go alongside your evening entertainment. Perhaps you are running an auction or a gala, perhaps it’s an award or talent show. Raffles are pretty common but let’s face it, they’re over relatively quickly and often fall flat beyond that. Why not have the excitement last longer and host a reverse raffle? That’s right, reverse. Instead of pulling out winners from the bowl of numbers, you’re pulling out losers. The last number in the bowl is the winner. If you have multiple prizes you can say every 5th or 10th ticket is classed as a winner. Make the order of prizes known in advance so there can be no cheating. But we personally think this is a great way to keep the excitement going all night.

Do you have a stand or a dedicated space to raise some money alongside others at an event? An envelope fundraiser is a great way to receive donations by doing little work and allowing people to donate what they want. Have a wall filled with envelopes from 1 to 99. The idea is that you pick an envelope and whatever number is on the front is the value of money the donator puts inside. This gives people the freedom to donate a reasonable amount of money – something that won’t break the bank or change found in their wallet. But it also means that if you fill the wall with donations you can collect thousands of dollars in just one afternoon.

Do you know someone with a pet? Well, then it probably doesn’t come as much of a shock that they’re very fond of their family animal and will do anything to show off how amazing they are. So having a cute pet contest is the perfect way to get people swarming to take part in your fundraiser. Have them enter their pet into the contest at a price, perhaps $5-10 and then the winner can collect a cash prize. It’s really simple, and you can have the public vote on social media so that this uses as little of your time as possible.

If you live near a river or stream, we urge you to host a rubber duck race. It is probably the most thrilling challenge you will ever host. Participants buy a rubber duck from you, the duck is marked with a waterproof marker (usually a number that corresponds to an entrants name). All ducks are released into the water at the same time, this usually happens on a bridge of some sort. A net is downstream waiting to collect them all but the first duck to cross the finish line is the winner! It’s such a thrill! 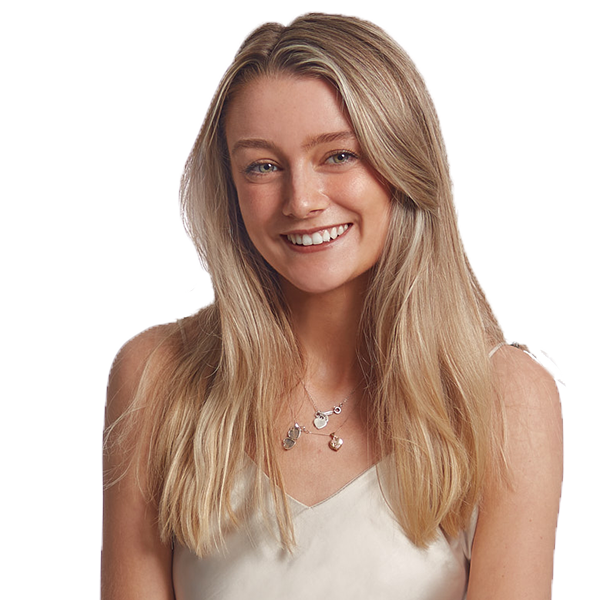 Chloe is a Givergy Client Success Manager based in New York, looking after our North America events on the East Coast. Chloe, who was previously based in our UK office until 2021, has the in-depth experience and knowledge of how to best use the Givergy system to exceed her clients’ fundraising targets, with a high focus on the Fund-A-Need portion. Chloe’s passion for delivering fundraising events led her to create her own fundraising event with a team to raise funds for a university partner charity in the UK. This has given her a first-hand experience to understand the challenges some of our clients face and how much time and energy is required to create a successful event.