If there’s one barrier we’ve all met when it comes to fundraising, it’s the barrier of getting people to understand what they’re donating to. Having to explain what it is that you do, where their money will go, how much it will benefit your cause and what specific event/product they’re paying towards. Of course, when you’re asking for straight donations it’s made a little simpler, but the majority of the time, there’s a lot of explaining going on. This is why it’s essential to run awareness campaigns throughout the year. You want everyone (at least locally) to know who you are and what you do. It removes one less barrier when it comes to getting those donations in. So here’s your complete guide to awareness campaigns.

What are awareness campaigns?

Creating awareness of your non-profit is essential. While some charities may be more obvious as to what they do, for example, Feed America, others are a little more obscure. A hospice may not make it clear that they’re a hospice for children with terminal cancer. So creating awareness removes any barriers. People hear or see your organization’s name and they know exactly what you’re about, removing any question of whether they should or shouldn’t donate. They know their answer already.

So now you know why an awareness campaign is important, what’s the difference between an awareness campaign and a general fundraising event? Well, you’re not actually asking for money in order to participate. That doesn’t mean there isn’t the option to donate. Just that people can take part in the fun without having to pay any money. So you already see how this is different to attending a gala, prize draws, sealed bidding event or silent auction.

Think back a few years to the ALS ice bucket challenge. Now, that was an awareness campaign like no other. Anybody and everybody could join in – there were no barriers to taking part. They could nominate others to take part too and there was the option of donating. Before this challenge, you may not have known much about ALS, but now, there’s huge awareness around the condition. So try to think of your awareness campaign like that. It may not have the same viral success, but you never know until you try.

How to set a goal for an awareness campaign

It’s important to note that an awareness campaign doesn’t have to just be raising awareness about who your non-profit is. There might be something in particular you need to raise awareness about. It could be your upcoming fundraising event, it could be the need for more food donations at a local food back, it can be anything that your nonprofit needs. But setting a goal that isn’t monetary is a great way to begin your awareness campaign.

By doing so, you instantly drive the marketing process into a more exciting realm beyond ‘make money’. So, set your goal. It might be how many shares you get on social media, it might be how many people take part in a challenge, it could be how many times your non-profit is tagged in an instagram post. Whatever your goal is, make sure it’s realistic. You’re not likely to go viral if you only have 100 followers on your TikTok account.

How to launch an awareness campaign

Having some sort of launch strategy is essential to making the most of your awareness campaign. Don’t fall flat at the first hurdle by not having a plan. It’s not enough to say ‘we’ll create a poster and share it on social media’ – we’ve seen many awareness campaigns fall flat through that type of thinking.

Start creating your marketing launch by discovering all the different outlets you can use for your awareness campaign. While social media may play a huge part, you could also email previous donors, transform your website, get people out in the streets doing something to raise awareness, hand out flyers, get an advert on the local radio station. Think of all the possible ways you can reach people and then how you can communicate your awareness campaign through them.

Once you’ve organized your channels and you know how you’re going to use them. Timing is essential. You might choose to launch your awareness campaign at the same time through all your channels, but you might also use some as boosters and follow up channels a few hours or days late. Think about how you can spread the word as much as possible but that it is sustainable also. You don’t want everyone hearing about it once at launch and then never again.

It’s important to use all the channels at your disposal as much as possible, but remember, your people are an important tool too. Not just those who work alongside you in raising awareness for your non-profit, but your supporters too. The best thing about an awareness campaign is that people don’t need to donate any money. This means anyone who has supported your cause before can get excited and join in. There isn’t the barrier of ‘I’ve already donated a lot this year, I can’t afford to join in again’.

Make sure you get in touch with all of your people, ask them to take part. Anybody who has attended a silent auction, a bake sale, or even a company who has sponsored an event before. Encourage them to see that this isn’t about money, this is about awareness. Something bigger than money, about spreading the word that something in the community is needed and it can be achieved by taking part.

Make sure your messaging is right on this one. The last thing you want to do is be seen to copy another awareness campaign that’s been hugely successful with little originality from your own mind. But don’t worry, you don’t need to be a hugely creative person to come up with the perfect awareness message. The important thing to remember is to keep it simple.

Use short sentences that are easy to understand and words that everyone knows the meaning of. If you’re using big complex words and sentences, it may go over their head. What you need to have is the most clear and concise message possible. Continuing with our use of the ALS ice bucket challenge awareness campaign, the messaging was simple – pour an ice cold bucket over your head and nominate someone else. No complexities to it.

Consider the following when perfecting your message:

How to market your awareness campaign

It’s important that after you launch your awareness campaign you do more than just ‘see where the chips land’. This isn’t something you release into the world and sit back and wait. You need to proactively keep up momentum. If you shout something from the rooftops once there are only a few people that will hear it, perhaps they’ll mention something to a friend, but that’s not enough to drive awareness of the incident. That’s why it’s not enough to launch an awareness campaign then sit back and wait.

Make the most of the channels you discovered for your marketing launch by continuing their use again and again. Update your audiences by sharing how many people have interacted with your campaign. Perhaps your awareness campaign involves sharing videos and pictures, and sharing your favorites for that week or month. Is there a competition you can run simultaneously? Announce it during your campaign. You should aim to push out regular content about your awareness campaign, that’s how you can keep awareness as high as possible without relying only on those who see and interact with it.

Set up an event to go alongside your awareness campaign 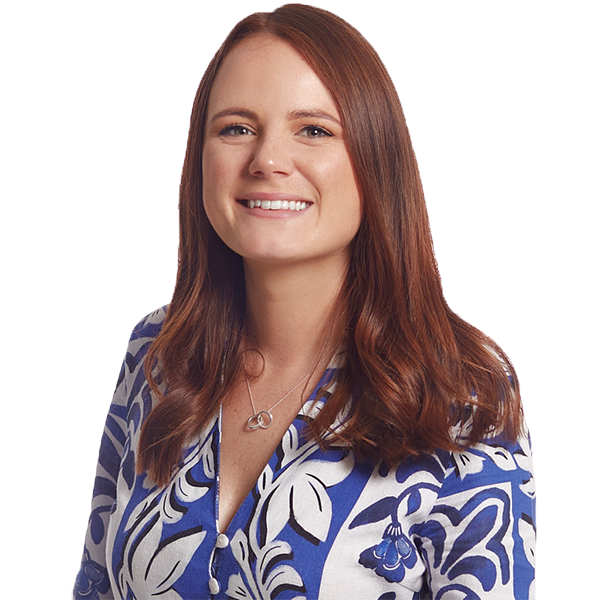 Ella heads up the global Fundraising & Events team. A key part of Givergy’s growth for four years, Ella has a passion for event planning and ensuring her and her teams’ clients exceed their fundraising targets. Furthermore, Ella’s exposure to some of the highest-profile fundraising events gives her a unique insight into the newest and most innovative way in which charities are engaging with their audiences.

« What is Stripe Connect?